Homeopathic Treatment of Cats with IBS 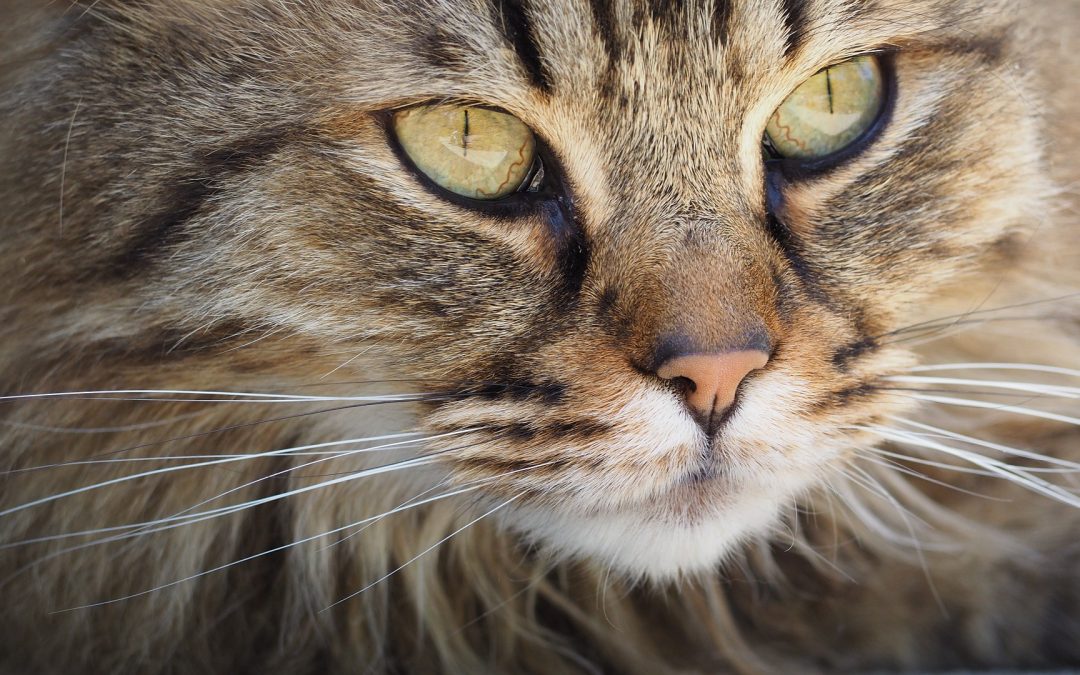 Treating animals with homeopathy is, in many ways, more difficult than treating humans. As homeopathy is a holistic medicine, it is important to know as much as possible about the patients, including their mental/emotional state, how any pain or discomfort feels to them, what makes them feel better or worse. Cats, being natural predators, try to hide any pain or discomfort, and of course they can’t speak English. They can’t tell you whether they have a pain in their abdomen, and whether it is sharp or dull. They can’t tell you that they feel anxious, or whether they feel better or worse after eating.

A vet once said to me “the only way to know whether something is going to work for a cat is to try it and see”. With homeopathy, we can take a slightly different approach. We can look at the cat’s behaviour, and particularly at any changes that have occurred, and try to match these with a remedy. With our own pets, we probably have a good idea of their normal temperament so we might notice that they are more aggressive, more demanding of our attention, or any other little changes. Working out just why our pet is behaving differently is more difficult. Inevitably this means that we must rely more heavily on the use of physical symptoms (loose stools, change in the colour of the cat’s stool, increase or decrease in appetite) when prescribing for an animal than a human.

Major benefits of using homeopathy for cats, instead of conventional veterinary medicine include:

Suki the Cat – A Case Study

Suki developed IBS after a vet prescribed Meloxicam for the relief of joint pains. After about two weeks on the drug, she had the most awful diarrhoea. It was so severe that she could not step more than a few inches away from the litter tray before going back to it. I did some research and discovered that Meloxicam is banned for repeat use in the United States, but not here in the UK. (It is associated with renal failure.) I stopped the medication and, over the next few days, the diarrhoea ceased. I hoped that I had withdrawn the drug in time but soon discovered that Suki’s digestive system was severely disturbed. She suffered frequent bouts of diarrhoea; the vet tried several anti-inflammatory drugs but none worked for more than a few days. Although the law governing medical treatment of animals in the UK is very restrictive, owners are allowed to give their pets natural remedies, so I decided to treat Suki with homeopathy.

Apart from the physical symptoms, I noticed that Suki was more clingy than usual. Between bouts of diarrhoea she wanted to spend all her time on my lap, being stroked and comforted. I prescribed Pulsatilla 30C and gave her Denes Pulsatilla Drops for Dogs and Cats in moist cat food, three times a day. She seemed calmer and by the end of the day she was passing urine normally. On Day 2, the diarrhoea was much reduced, but she was still spending most of the time scrabbling in the litter tray. She seemed restless and unable to settle. Because of the restlessness, I gave her Arsenicum Album 30C. I used the remedy in powder form, mixing the powder with her food. She received 2 doses of Arsenicum; one that night and one in the morning. By Day 4 her stools were normal and the scrabbling had completely stopped.

At this point I decided to try going back to the root cause of the IBS – the Meloxicam. Nux vomica is often indicated in cases which are related to drug abuse or the adverse effects of drugs. It is also associated with diarrhoea, particularly when the patient never feels as if the bowels have been completely emptied. There is considerable urging to pass stool, although only a small amount may be passed at a time. This picture fitted Suki’s continual scrabbling in the litter tray, with small amounts being deposited very frequently. Also, like Suki, Nux vomica patients can feel worse around 04:00.

I gave Suki three doses of Nux vomica 30C in powder form, mixed with food, over 24 hours. On the first day of the remedy the diarrhoea became more severe. On Day 2 the diarrhoea stopped but Suki was obviously still feeling continual urging; she was continually visiting the litter tray. By Day 3 the restless scrabbling was reduced and the stools were normal. Over the next couple of days the improvement continued and she returned to normal.

Suki was fine for approximately 3 weeks. When symptoms returned, I repeated the Nux vomica 30C. Once again, there was an initial aggravation, followed by gradually recovery, but the recovery lasted only a week.

Disappointed by the way the previous remedies seemed to have gradually less effect, I prescribed Podophyllum peltatum. This remedy has a marked periodicity and is characterised by diarrhoea alternating with another symptom. Examples are:

When Suki did not have diarrhoea her stools were VERY dry. This suggested an alternation between constipation and diarrhoea. Although I could not say for certain that her joint pains also alternated with the diarrhoea, I knew that she noticed them more when she was not suffering from diarrhoea. Another indication was that Podophyllum patients are often worse around 04:00 to 05.00 in the morning, which again fitted well with Suki’s symptoms. Podophyllum is also associated with “bearing down pains” in the abdomen. I believed this could be the cause of the restless scrabbling in the litter tray, as a bearing down sensation could be interpreted by a cat as the need to pass stool.

I first gave Podophyllum 30C, in powder form mixed with food, 3 times over 24 hours. By the end of the 24 hours Suki was much improved. During Day 2 the diarrhoea stopped and urine output became normal. The scrabbling stopped by Day 3. Suki was clear of any symptoms for around 10 days, and when the diarrhoea returned it was less severe. A repeat of Podophyllum 30C again worked quickly, and lasted for a similar period.

Although 30C is the most commonly used potency for animals, I decided that, as the symptoms of this chronic condition were predominantly physical, I would use a lower potency. I switched to Podophyllum 6C, again in powder form and given 3 times over 24 hours. This potency seemed to work slightly differently to the 30C. Given at the early signs it seemed to stop the diarrhoea from developing. Suki kept visiting the litter tray and scrabbling, but mostly without passing any stool, and her urine output remained normal throughout. After two similar recurrences, each treated with Podophyllum 6C, Suki’s irritable bowel symptoms ceased completely.