To the Menopause and Beyond: How Homeopathy and Self Esteem Can Help 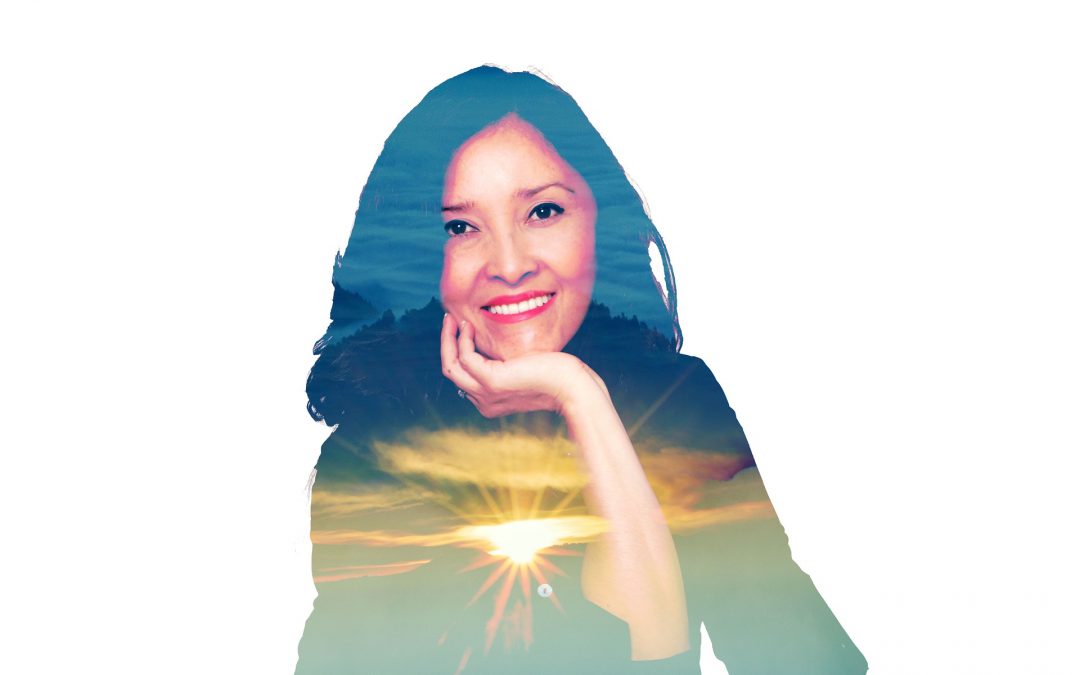 The definition of menopause is when a woman stops menstruating (that is, she no longer has periods). Many women experience distressing physical and emotional symptoms during the menopause. And yet the menopause is not an illness. It is a natural transition from one part of a woman’s life to another.

In Western society we are often too shy to talk openly about anything to do with menstruation. (I remember very clearly my mother and I talking in whispers when I discovered I was bleeding for the first time.) Similarly, the end of menstruation is often approached with dread, as if a woman is no longer of any value when she cannot become pregnant. We need to change our view of this important stage in a woman’s life.

The menopause is a gateway; it marks the completion of one part of a woman’s life and the beginning of another. It brings to an end the monthly pains and emotional turmoil that many of us experience with our periods. It heralds the beginning of a new freedom, when we no longer need to pack sanitary products in our suitcases or handbags, or worry about how we will dispose of them while we are out and about. Of course, if the menopause happens before our plans for a family are complete, it can bring terrible shock and grief. We, and our partners, need support when this happens. (There are natural remedies that can sometimes help to restart monthly periods.)

Just as in the transition child to adult, the menopause involves a lot of hormonal changes. This can result in a number of uncomfortable symptoms while we pass through this gateway to our new life. Most women will experience some mood swings, hot flushes and night sweats. Other problems can include fatigue, vaginal dryness, pain during intercourse, weight gain, bloating and hair loss. But I believe that the negative way that we have been taught to view the menopause makes this transition more difficult than it needs to be. If we can approach this event with excitement and hope, looking forward to the freedom it will bring, it will make the temporary symptoms easier to cope with.

The length of time during which we experience these uncomfortable symptoms varies from woman to another. The symptoms usually begin a few months, or sometimes a few years, before menstruation ends completely. And according the NHS, most women stop having the symptoms within 4 years from the date of the last menstrual period. However, a recent study in the US suggests that some women experience problems for up to a total of 14 years.

So what can we do to calm the symptoms and ease our transition into this new part of our life? Some women will choose Hormone Replacement Therapy (HRT). There’s no doubt that HRT can often bring some relief. But it has also been linked with an increased risk of cancer, heart attack and stroke. (I wonder how many men would be prepared to accept those risks!) If you are looking for a natural and safe way to cope with menopausal symptoms, one of the following homeopathic remedies might be the answer.

This is a remedy for women who are feeling exhausted and overwhelmed by work and responsibilities. They tend to be methodical and hard-working people and can be reluctant to ask for help when they find they cannot cope. During the menopause they can experience vaginal bleeding at irregular intervals, in between their menstrual periods. (This can be due to a hormonal imbalance, but in some cases might be linked to uterine fibroids.) The periods may be heavier and longer than before the menopause. Calc carb women often have hot flushes with sweating of the head at night. The night sweats can also affect the back of the neck. As the hot flush ends they begin to feel cold and clammy and can even start to shiver. During and after the menopause they should take extra care to maintain a healthy intake of calcium in their diet; they can be prone to osteopenia or osteoporosis.

This remedy is not so easily available as the others in this list, but can work brilliantly for problems related to the menopause or after a hysterectomy. It stimulates the production of oestrogen in the body and thereby alleviates many of the distressing symptoms. The remedy is made from ovarian follicles. Women who need Folliculinum tend to feel emotionally exhausted. Although their emotional energies have been drained, they generally feel better when they are doing something physical. In the peri-menopause (before their periods stop completely) they usually feel worse between the time of ovulation and their periods. After their period starts they begin to feel better, although the menstrual flow can be very heavy. Women who need this remedy often put on weight due to hormonal imbalance and fluid retention. This is particularly noticeable just before a period and the weight may settle again during or just after menstruation.

Lachesis is usually one of the first remedies we think of when dealing with hot flushes. In fact, women who need Lachesis often feel hot most of the time. They can have sudden hot flushes at any time of the day or night. The heat seems to rush up from the lower parts of the body to the head, causing a noticeable redness of the face. The hot flush can be accompanied by perspiration, particularly around the female genital area, although in some cases there is no perspiration. Women who need Lachesis are often prone to jealousy and can be suspicious and insecure about their relationships. The menopause can exaggerate their feelings of insecurity and can cause anxiety attacks with palpitations and cramping pains in the chest. Lachesis females suffer terrible headaches, with severe pain in the top of the head and the temples, or on the left side of the head. They have strong sexual desires which may increase during the menopause.

This is a remedy for tearful women who need lots of sympathy and reassurance. Pulsatilla females are usually mild-mannered, but can become very irritable when they feel neglected or misunderstood. They cry freely and easily and often can’t hold back the tears even when in public. They view the menopause as the end of the life they have known and refuse to be consoled by promises of new and exciting times ahead. They may suddenly burst into tears on seeing a mother with a new baby, or a pregnant woman who seems to be glowing with happiness. These emotionally fragile women suffer from pains that seem to move from one part of the body to another. During the peri-menopause their periods are irregular and they can also have bleeding in between periods. They have a tendency to develop vaginal thrush, with a creamy discharge. Pulsatilla women are prone to weight gain, and this can become more noticeable during and after the menopause. Part of this may be due to comfort eating, but it is also due to hormonal fluctuations.

One of the all-time great remedies for the menopause, Sepia has brought relief to many women who suffer from night sweats, hot flushes and a general feeling of exhaustion. Sepia women can also experience hot flushes during the afternoon or evening, but they are almost always worse at night. They feel completely drained, mentally, emotionally and physically and feel worse after even a small amount of work. They get up from the chair to do the housework, drag the vacuum out of the cupboard with a sigh, clean a little of the floor and then feel they must sit down again for a few minutes. Mental work has a similar effect; they try to focus their minds but after only a few minutes they are exhausted again. Sepia women can become so tired of life that they cannot face going out. They find it impossible to explain their situation to friends and family. They can’t cope with sympathy and so they may even avoid contact with other people.